I finally finished the single player story campaign for Gears of War 2. I did enjoy the experience but it wasn’t the revelation that the first Gears of War provided me. With Gears one, I saw the simplification of a shooter to the main stream audience. Taking away behaviors like jump and focusing on cover and shooting mechanics leveled the playing field and played differently than other popular products. Rather than simplification or innovation Gears 2 followed the bigger, badder, higher body count sequel formula with a healthy dose of doubling down on what people liked in Gears one.

SPOILERS PAST THIS POINT 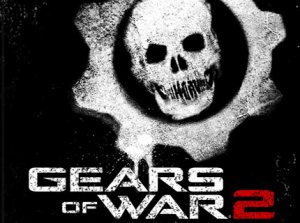 What Gears 2 did right

What Gears 2 got wrong

Breakdown vs. Commentary
After playing Gears, I didn’t really feel like breaking down anything in the sequel as a game design element. If anything I will return to the innovations in gears in a future post as I believe it brought more to the table.

Conclusion
Overall Gears 2 was a great epic adventure shooter that delivered much more of the same as gears. If you want your sequels bigger and badder this game delivers. However, if you are like me and want to be taken through a character progression in terms of skills and gameplay moments, the GOW acronym really rests with God Of War.

This entry was posted in Game Breakdowns, Industry Commentary and tagged Gears of War 2, igamemaker. Bookmark the permalink.

1 Response to Gears of War 2